The Universe Works in Mysterious Ways

Funny how the universe works. I have thrown caution to the wind and decided to start blogging about the journey to get back into the business and within a few months I receive an email from a DJ in Ontario, Canada, named Shawn Turner. He does a radio program about music from the '80s, was a fan of "Mr. Belvedere" and asked if he could do an interview with me that would air during his program. I thought about it for a couple days and decided to go for it. We scheduled the interview for about a week later, it was going to be pre-taped so he could edit it. I mentioned this to my friend George Cummings, who is a DJ here in town on KHTS (shameless plug), and he asked if he could do a live interview with me on his morning radio program. Then my little voice creeped in.... Two radio interviews in one week ... who am I, Tracy Kardashian? Nobody cares what I have to say!! Truth be told, George has really helped me out by allowing me to do my voiceover auditions at 5:30 am in the KHTS studio … END_OF_DOCUMENT_TOKEN_TO_BE_REPLACED

That's me with Chris Hewitt (Belvedere), Rob Stone (Kevin) and Brice Beckham (Wesley). The premise of the show was about a butler from England that takes care of an American family in Pittsburgh. I was cast on "Mr. Belvedere" when I was 12 years old, and when the show wrapped its sixth season I was 18. In that time span, I literally grew up into an adult. I stopped going to school with my friends in seventh grade and graduated high school in the basement of ABC Prospect Studios with Gladys, my studio teacher. Brice, who was I think 8 when he started the show, and I were in school together in a tiny room for six years. It wasn't the best education, that is for sure. There is NO WAY you can get a good education in the studio system. My teachers would send us our school work, but to expect Gladys to know and understand everything in every grade level for Brice and me was not possible. We did the best we could, and every day we had to "bank" a certain amount of hours to meet the school … END_OF_DOCUMENT_TOKEN_TO_BE_REPLACED

You Always Remember Your First

My mom came from an Orthodox Jewish family and my dad's family was simply Jewish. As kids growing up, we still had a Christmas tree and we would put the Star of David on the top. My mom felt she didn't get to enjoy the Christmas celebrations and what appeared to be the fun her friends were having, so my sister and I got to dabble in what my mom always thought she was missing. We used to go to Hebrew school and I was going to be bat mitzvah'd, but then the auditions and dance classes my mom would take me to started to be more important than learning the Torah. I had NO issue with that. We used to go to temple, and we used to do light the menorah. My last name was Brockstein.  Folks, it doesn’t get more Jewish than that.  (Wells was made-up. A "stage name." My Dad was a fan of the country singer Kitty Wells, and that's how I went from Brockstein to Wells.)  One of my favorite first memories happened at our temple. The first time I made an audience laugh was at my sister's baby-naming … END_OF_DOCUMENT_TOKEN_TO_BE_REPLACED

Power of the Booth

When I was on "Mr. Belvedere,"  I was signed with one of the best voice over agents in town: Cunningham, Escott and Dipene (CED). From age 12-21 they represented me. I worked consistently and really enjoyed all the aspects of doing voice-over work. It was fun and it didn't matter what you wore or how you looked _ it was based on your sound and your read of the copy. I was always told I have a very specific sound. Even today people say I sound like I sounded when I was a kid. My voice sounds on the younger side, and when I get mad, I sound even younger. Not always a good thing! Some of the jobs ranged from playing Wendy from “Wendy’s Hamburgers” for years, Nike, McDonald's, Coke, and more. I absolutely loved it! When I decided to get back into the business, I called CED and found out not only are they not called CED anymore, but they didn't want me back. They had too many similar sounding voices like mine. Like everything else, I started looking for voice-over … END_OF_DOCUMENT_TOKEN_TO_BE_REPLACED

I actually wasn't even thinking of my lack of a career or my singular fan I might still have out there when I got the email through my email on my phone: "Audition." I was scared, nervous and excited all at the same time ... and it was from Jim and Gloria too, so I figured it had to be good, right? A pilot? A guest star? A one-liner? I quickly got to a computer and opened it up. Jim’s instructions were very concise: "You need to videotape yourself doing the lines and then email the video to this email address." How odd, I thought. I have never had to videotape myself and then send it in, but I had been out of the industry awhile now and thought maybe I just wasn't "in the know." I proceeded to read the breakdown. It called for a 50-year-old. I thought I must be reading the wrong info. I look 40, and sound 30, not 50. I kept reading. It said "nudity required." Me, nude? I don't think so. I kept reading. The breakdown stated "Sag ULTRA low budget" The "ULTRA" was in all caps. What is … END_OF_DOCUMENT_TOKEN_TO_BE_REPLACED 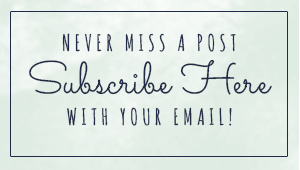